Trump Suspends Visas Allowing Hundreds of Thousands of Foreigners to Work in the U.S.

Trump Suspends Visas Allowing Hundreds of Thousands of Foreigners to Work in the U.S.

The move is fiercely opposed by business leaders, who say it will block their ability to recruit critically needed workers from countries overseas. 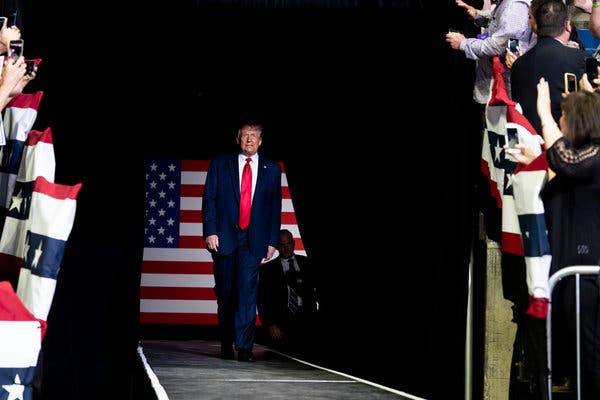 WASHINGTON — President Trump on Monday temporarily suspended new work visas and barred hundreds of thousands of foreigners from seeking employment in the United States, part of a broad effort to limit the entry of immigrants into the country.

In a sweeping order, which will be in place at least until the end of the year, Mr. Trump blocked visas for a wide variety of jobs, including those for computer programmers and other skilled workers who enter the country under the H-1B visa, as well as those for seasonal workers in the hospitality industry, students on work-study summer programs and au pairs who arrive under other auspices.

Officials said the ban on worker visas, combined with extending restrictions on the issuance of new green cards, would keep as many as 525,000 foreign workers out of the country for the rest of the year.

Stephen Miller, the White House aide and the architect of Mr. Trump’s immigration policy, has pushed for years to limit or eliminate the worker visas, arguing that they harm employment prospects for Americans. And in recent months, Mr. Miller has argued that the economic distress caused by the virus has made it even more important to turn off the spigot.

But the directive, which has been expected for several weeks, is fiercely opposed by business leaders, who say it will block their ability to recruit critically needed workers from countries overseas for jobs that Americans are not willing to do or are not capable of performing.

“This is a full-frontal attack on American innovation and our nation’s ability to benefit from attracting talent from around the world,” said Todd Schulte, the president of FWD.us, a pro-immigration group supported by technology companies.

“Putting up a ‘not welcome’ sign for engineers, executives, IT experts, doctors, nurses and other workers won’t help our country, it will hold us back,” said Thomas J. Donohue, the chief executive of the U.S. Chamber of Commerce. “Restrictive changes to our nation’s immigration system will push investment and economic activity abroad, slow growth and reduce job creation.”

Administration officials said the president’s order would not affect people outside the United States who already have valid visas or seasonal farm workers, whose annual numbers have ranged from a low of about 50,000 to a high of about 250,000 in the past 15 years. There will also be a narrow exception for certain medical workers dealing specifically with coronavirus research, officials said.

The order will ban au pairs who come to the United States to care for children, though officials initially told reporters they would be exempt. Later, two senior administration officials said parents could seek waivers to the ban on a case-by-case basis, with no assurance that they would be approved.

In the order, Mr. Trump described suspension of the visas as a way to ensure that Americans are first in line for scarce jobs — an assertion that immigration advocates say does not reflect the reality of a dynamic and changing work force.

“Under the extraordinary circumstances of the economic contraction resulting from the Covid-19 outbreak, certain nonimmigrant visa programs authorizing such employment pose an unusual threat to the employment of American workers,” Mr. Trump wrote in the order.

The effort to restrict entry from foreigners into the United States was at the heart of one of the president’s key promises during the 2016 campaign and is certain to play a central role as Mr. Trump seeks to energize his core supporters during his re-election campaign this year.

While the president’s pledge to build a “big, beautiful wall” to prevent illegal border crossings has attracted more attention, his efforts to slow down the flow of legal immigration have been even more effective and potentially long-lasting.

In April, the president signed an executive order that suspended for 60 days the issuance of green cards to most foreigners looking to live in the United States. But at the time, Mr. Miller and the president bowed to pressure from the business community to avoid imposing limits on the worker visas.

Monday’s order extends the green-card prohibition in addition to suspending the issuance of many of the worker visas.

Immigration restrictionists who have had the ear of the Trump administration applauded the announcement. Combined with recent measures, “the work visa suspensions will put the thumb on the labor market scale in favor of U.S. workers,” said Jessica Vaughan, the policy director at the Center for Immigration Studies, which advocates curbing immigration.

“It’s really heartening to see the president stand up to the special interests that pull out the stops to lobby for these visa programs,” said Ms. Vaughan, who said she had been regularly consulted by White House aides on the issue.

In addition to the temporary suspensions, administration officials said Mr. Trump was directing the government to make permanent changes to a broad array of immigration regulations in order to discourage what they said was unfair competition for American jobs from foreigners looking to come to the United States.

Among those changes will be new methods of ensuring that high-skill visas in the future are awarded to the highest-paid workers and of preventing companies from contracting large numbers of midlevel foreign workers to perform accounting, programming and other technology-assisted jobs that Americans might be able to do.

Other changes would be aimed at discouraging immigrants from applying for asylum as a way of obtaining a work permit in the United States. It was unclear when those regulatory changes would go into effect.

The administration could try to issue emergency rules to expedite such changes rather than go through the normal process, which can take months or even years because the public must be allowed to comment before a final rule is enacted.

But fast-tracking the rule-making process on foreign workers could invite legal challenges from opponents who say the administration did not follow the rules. Last week, the Supreme Court ruled that Mr. Trump violated the Administrative Procedure Act when he tried to terminate an Obama-era program aimed at protecting young immigrants from deportation.

“The government could try and fast-track that process by not allowing the public to weigh in on the changes before they go into effect, but it is difficult to see that process surviving court review,” said Lynden Melmed, an immigration lawyer and the former chief counsel of the U.S. Citizenship and Immigration Services.

Amid the pandemic, the Trump administration has seized on the threat to public health as a pretext to issue a series of policy changes affecting almost every aspect of the immigration system, including asylum and green cards. While many changes have been announced as temporary, they could remain in place indefinitely.

But critics say the administration has used the health crisis and the economic meltdown it has caused as pretext to put in place restrictions that further its immigration agenda.

While Mr. Trump and his aides said the suspension of visas was in response to the pandemic, the administration has been pursuing the same broad reductions to legal immigration policies for years, including during times when unemployment was at its lowest in decades. In 2017, the president endorsed the RAISE Act, a Republican Senate bill that would have cut legal immigration, including business visas, by about 50 percent.

In the weeks leading up to the announcement on Monday, a diverse coalition of businesses and research universities had lobbied fiercely, flooding the White House with letters and phone calls, in an attempt to limit the scope of the executive order.

“It’s the largest crackdown on work visas that I have seen in my 35 years of practice,” said Steve Yale-Loehr, a Cornell law professor. “Thousands of businesses and universities will be hurt by these restrictions. Similarly, individuals will be stuck overseas unable to help the U.S. economy recover.”

But the opponents failed to block the measures, which they had argued were counterproductive to economic recovery.

“The Trump administration has argued that it wants to create a merit-based immigration system that prioritizes educated immigrants with skills,” said Alex Nowrasteh, the director of immigration studies at the libertarian Cato Institute. “With this suspension of the H-1B visa program, they have shown, once again, that they really mean they want fewer immigrants.”

“These immigration bans are more red meat and not jobs for the base,” said Rebecca Shi from the American Business Immigration Coalition in Chicago. “They don’t even serve Trump’s own business interests.”

Mr. Trump has used H-2B visas to hire seasonal staff for his resorts to work as cooks and waiters. 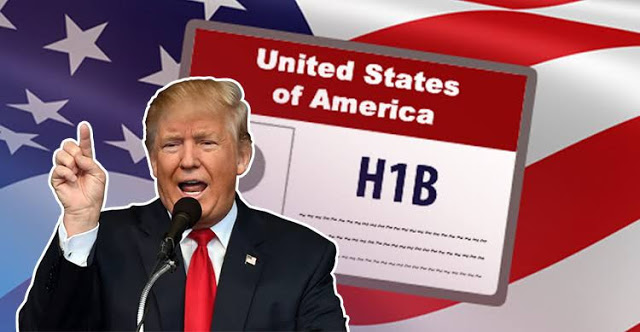