Trump admin. wants to raise costs to become a U.S. citizen by 83 percent

Trump admin. wants to raise costs to become a U.S. citizen by 83 percent

U.S. Citizenship and Immigration Services at the Department of Homeland Security officially announced the proposed price hike Thursday, saying that “current fees do not recover the full costs of providing adjudication and naturalization services.”

DACA renewals would increase from $495 to $765, possibly giving Trump officials a tool to limit the program in case the Supreme Court allows the program to continue despite the administration’s efforts to end it.

The administration is also seeking to transfer $207.6 million of USCIS funding and divert it to Immigration and Customs Enforcement (ICE). In the rule, USCIS argues that DHS had set citizenship application fees at an amount less than its estimated costs “in order to promote naturalization and immigrant integration,” but DHS feels differently now, “given the significant increase” in citizenship applications in recent years.

The proposal now enters a public comment period that’s expected to end Dec. 16, then USCIS is legally obligated to consider comments before the new rule can take effect, according to the National Partnership for New Americans, or NPNA, a network of immigrant advocacy organizations. In the meantime, these groups are calling for millions of immigrants eligible to naturalize and become U.S. citizens before fees go up.
“If you were lacking motivation before, it’s now even more important because this outrageous rule aims to price out low-income and working-class immigrants from U.S. citizenship and so many other immigration benefits,” Diego Iñiguez-López, NPNA’s policy and campaigns manager, said in a statement.

Groups are also reminding legal permanent residents that applying soon could allow them to gain citizenship in time to register to vote in the 2020 November elections. Rep. Jesús “Chuy” García, D-Ill., is one of several legislators who recently introduced a bill that seeks to limit the administration’s ability to raise citizenship fees without congressional approval and allocates more funding and programs to make it easier for immigrants to apply for citizenship.

CHIRLA’s Salas said Congress was “the only hope” to prevent Trump “from turning our immigration system into one that only serves the super elite.”

While the overall percentage of lawful immigrants living in the U.S. choosing to apply for and gaining citizenship is at its highest level in more than two decades, Mexican Americans lag well behind other groups in terms of naturalization rate even though they are the single largest group of lawful immigrants by country of origin, according to the Pew Research Center.
Trump admin. wants to raise costs to become a U.S. citizen by 83 percent

While nearly all the Mexican American legal residents who were surveyed said they’d like to become U.S. citizens someday, one of the barriers cited was the cost of U.S. citizenship applications. 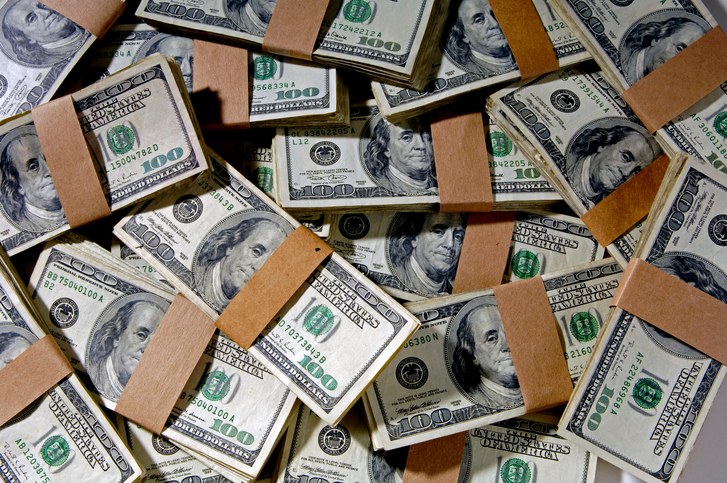