DHS to Begin Sending Furlough Notices to 15,000 Employees Next Week

DHS to Begin Sending Furlough Notices to 15,000 Employees Next Week

Immigration agency is set to start 30-day RIFs for three-quarters of its workforce next month absent congressional intervention.

About 15,000 Homeland Security Department employees will receive reduction-in-force notices next week, warning them of upcoming furloughs in July if Congress does not provide emergency funding.

U.S. Citizenship and Immigration Services will send the notices to about three-quarters of its employees starting on or around June 19, according to multiple employees informed about the process. The letters will come in the form of RIF notices despite the temporary nature of the furlough because they are the result of a budget shortfall and are set to last 30 days. If they go into effect, USCIS is expected to extend the furloughs in 30-day increments until it either receives an appropriation from Congress or it can collect additional money through a fee increase.

Officials at USCIS, a fee-funded agency, told employees last month that a significant drop off in application receipts due to the novel coronavirus pandemic has led to an unexpected loss in revenue, potentially leaving the agency unable to meet payroll. USCIS is asking Congress for a $1.2 billion cash injection to help offset the losses and permission for a 10% increase its fees to reimburse the appropriation.

A spokesman for the House Appropriations Committee, however, said that as of Thursday the Trump administration had still not made a formal request for any emergency funding. The agency said it is having productive conversations with lawmakers but it had no new information to provide on the status of making a formal request.

The furlough notices are expected throughout the ranks of USCIS, the employees with knowledge of the process said. Management officials have been instructed to determine which employees are necessary to continue functioning at 25% capacity. Management has estimated it will run out of funds to operate normally on July 20, and will begin notifying employees 30 days prior to that date as required by law. The furloughs are not expected to all begin on that date.

This week, USCIS posted a notice for employees reminding them of their ethics restrictions on accepting outside employment.

“USCIS employees remain federal employees and are bound by the ethics rules even during a furlough,” the notice said. The agency reminded employees they cannot receive compensation for anything involving official duties or that recognizes their official government capacity, volunteer for any immigration related organizations or disclose information related to their jobs that is not available to the public, among other restrictions. Employees must clear any outside job with the agency ahead of time.

Michael Knowles, an asylum officer and head of the American Federation of Government Employees local that represents USCIS employees in the Washington area, said there is some concern the temporary RIFs could become permanent.

“Why do we think it all resumes when the president is doing everything he can to shut down legal immigration?” Knowles said in questioning whether the USCIS budgetary issues will span more than the current pandemic.

Joseph Edlow, USCIS’ deputy director for policy, said in an email to employees last month that USCIS had already taken some measures to “tighten our budget across the board” and those steps were “felt acutely” across the agency’s program offices, but were ultimately insufficient given the shortfalls. Government Executive reported just prior to the pandemic USCIS had implemented a hiring freeze for all immigration services positions.

While agency officials told employees the current financial woes were tied entirely to the coronavirus pandemic, as long ago as December the agency informed applicants with job offers their start dates were delayed indefinitely as “the Office of Field Operations is currently under a hiring freeze due to fiscal year 2020 budgetary constraints.” The decision to pause hiring for most positions followed a hiring surge at USCIS for asylum officers. Ken Cuccinelli, acting Homeland Security Department deputy secretary who is also serving as USCIS director, last year announced the agency would boost its asylum office workforce by 50% and add hundreds of new support staff.

Employees and stakeholders have questioned whether the pandemic is truly responsible for the agency’s financial issues, noting Trump administration policies to restrict legal immigration have also impacted the agency’s fee collections.

USCIS employees, their union and other stakeholders have been pushing Congress to address the funding situation. Knowles warned if the furloughs go into effect, the delays and backlog at USCIS “will balloon.” The number of new asylum cases has more than doubled over the last five years and the current backlog is at all-time highs.

Knowles also cautioned the “lasting effect” of the budget crisis could be felt through a workforce with declining morale and, eventually, a brain drain.

“We may lose thousands of employees who say, ‘I can’t afford to be furloughed’ ” and find new work, he said. 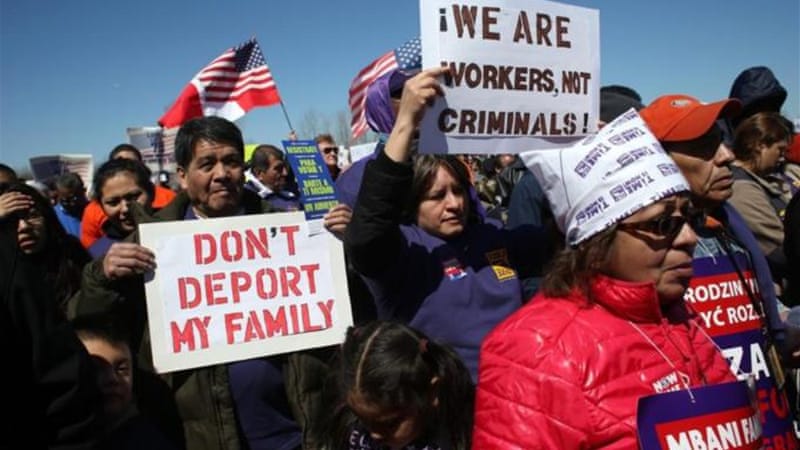